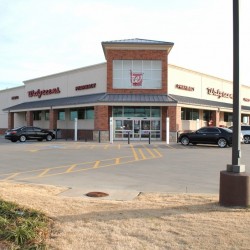 Walgreens (NASDAQ: WBA) was founded in Chicago, Illinois in 1901.

As of December 31, 2014 Walgreens is part of the Retail Pharmacy USA Division of Walgreens Boots Alliance, Inc.

The company sells prescription and non-prescription drugs, as well as general merchandise products.

Today, Walgreens is taking its products and services to the four corners of the world as part of the Retail Pharmacy USA division of Walgreens Boots Alliance, Inc., the first global pharmacy-led, health and well-being enterprise in the world. Walgreens Alliance Boots was created through the combination of Walgreens and Alliance Boots in December 2014. This transaction brought together two leading companies with iconic brands. Walgreens anticipates capital expenditures to be approximately $1.7 billion in fiscal 2015. 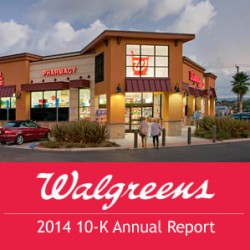