Retail and Healthcare Experts
Home » Tenants » Jack in The Box 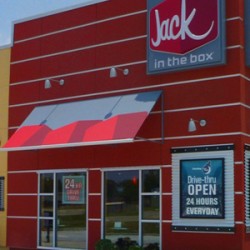 Jack in the Box is among the nation’s leading fast-food hamburger chains, with more than 2,200 quick-serve restaurants in 21 states and Guam. As the first major hamburger chain to develop and expand the concept of drive-thru dining, Jack in the Box has always emphasized on-the-go convenience, with approximately 85 percent of the half-billion guests served annually buying food at the drive-thru or for take-out. In addition to drive-thru windows, most restaurants have indoor dining areas and are open 18-24 hours a day.

Jack in the Box pioneered a number of firsts in the quick-serve industry, including menu items that are now staples on most fast-food menu boards, like the breakfast sandwich and portable salads. Today, Jack in the Box offers a selection of distinctive, innovative products targeted at the fast-food consumer, including hamburgers, specialty sandwiches, salads and real ice cream shakes. Hamburgers represent the core of the menu, including the signature Jumbo Jack®, Sourdough Jack®, Ultimate Cheeseburger and the 100% Sirloin Burger. And, because value is important to fast-food customers, the company also offers value-priced products on “Jack’s Value Menu,” including tacos, chicken nuggets, a chicken sandwich and the Breakfast Jack®.

In addition to offering high-quality products, Jack in the Box recognizes that an increasing number of quick-serve customers also want the ability to customize their meals. Whether that means forgoing the bun and sauce in favor of a low-carb burger, or substituting ingredients to create the exact mix of flavors to suit an individual’s personal tastes, customers have that flexibility at Jack in the Box. “We don’t make it ’til you order it®.” So, regardless of the order, each meal is served hot and fresh to customers.

Qdoba Mexican Grill, which was acquired by Jack in the Box Inc. in January 2003, is a leader in fast-casual dining – with more than 600 restaurants in 47 states as well as the District of Columbia and Canada. Qdoba is a Mexican kitchen where anyone can go to enjoy a fresh, handcrafted meal prepared right in front of them. Each Qdoba restaurant showcases food that celebrates a passion for ingredients, a menu full of innovative flavors, handcrafted preparation and inviting service. For more on Qdoba, including information on its menu and locations, please visit www.qdoba.com.

Jack in The Box 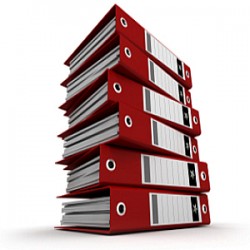