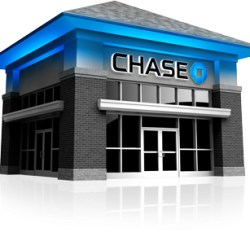 Chase is the U.S. consumer and commercial banking business of JPMorgan Chase & Co. (NYSE: JPM), a leading global financial services firm with assets of $2.3 trillion and operations in more than 60 countries.  We are the neighborhood bank for thousands of communities across the country.  We serve approximately one of out of every six Americans through more than 5,500 bank branches; 18,000 ATMs; mortgage offices; online and mobile banking; as well as relationships with auto dealerships, schools and universities.

With such a broad range of businesses, our mission at Chase is quite simple: to be the industry leader in customer service.  And we have more than 160,000 employees across the world to help us achieve it.